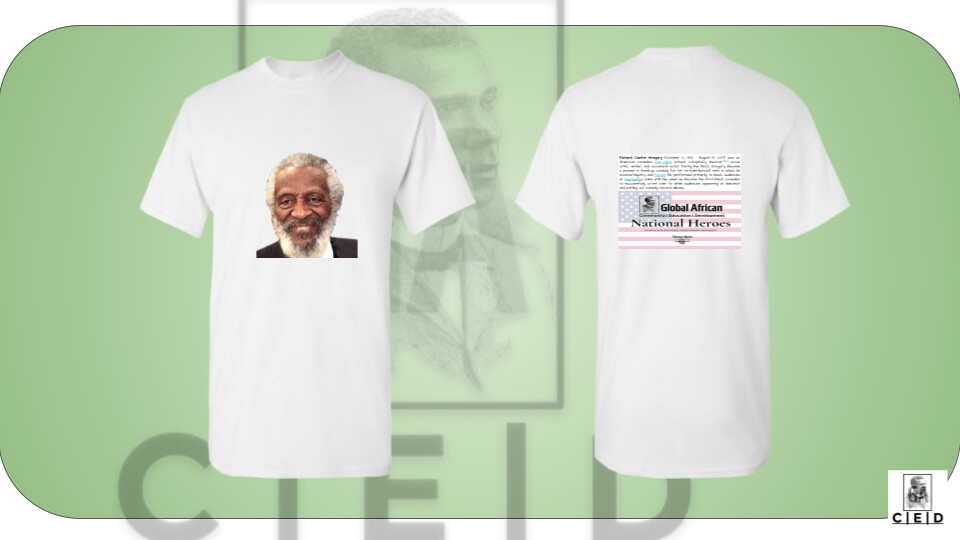 Richard Claxton Gregory (October 12, 1932 – August 19, 2017) was an American comedian, civil rights activist, conspiracy theorist,[1][2] social critic, writer, and occasional actor. During the 1960s, Gregory became a pioneer in stand-up comedy for his "no-holds-barred" sets, in which he mocked bigotry and racism. He performed primarily to black audiences at segregated clubs until 1961, when he became the first black comedian to successfully cross over to white audiences, appearing on television and putting out comedy record albums.