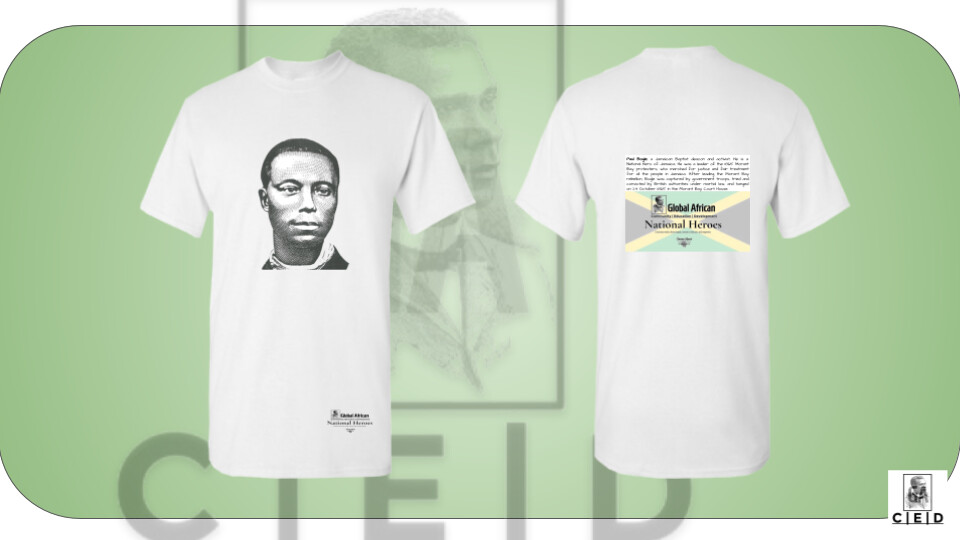 Paul Bogle, a Jamaican Baptist deacon and activist. He is a National Hero of Jamaica. He was a leader of the 1865 Morant Bay protesters, who marched for justice and fair treatment for all the people in Jamaica. After leading the Morant Bay rebellion, Bogle was captured by government troops, tried and convicted by British authorities under martial law, and hanged on 24 October 1865 in the Morant Bay Court House.