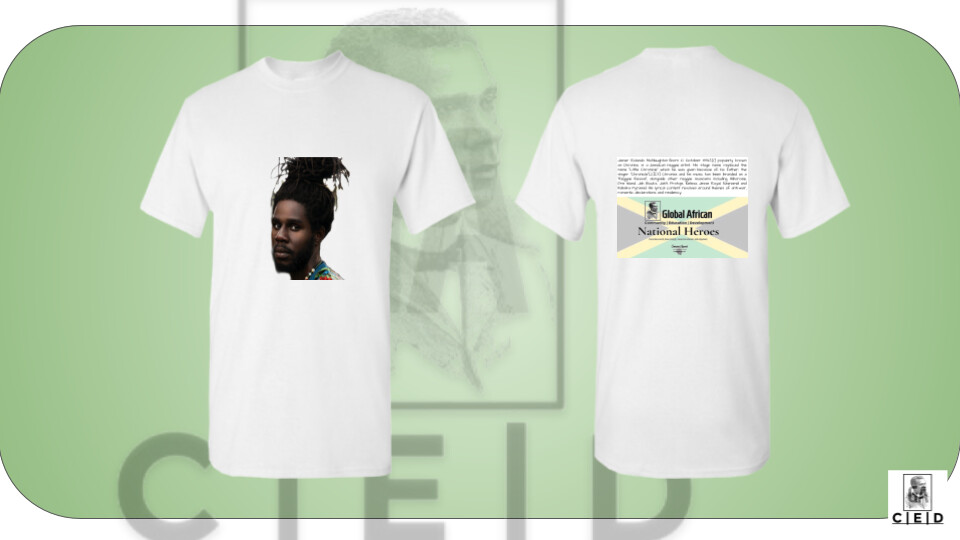 Jamar Rolando McNaughton (born 10 October 1992),[1] popularly known as Chronixx, is a Jamaican reggae artist. His stage name replaced the name "Little Chronicle" which he was given because of his father, the singer "Chronicle".[2][3] Chronixx and his music has been branded as a "Reggae Revival", alongside other reggae musicians including Alborosie, Dre Island, Jah Bouks, Jah9, Protoje, Kelissa, Jesse Royal, Keznamdi and Kabaka Pyramid. His lyrical content revolves around themes of anti-war, romantic declarations and resiliency.