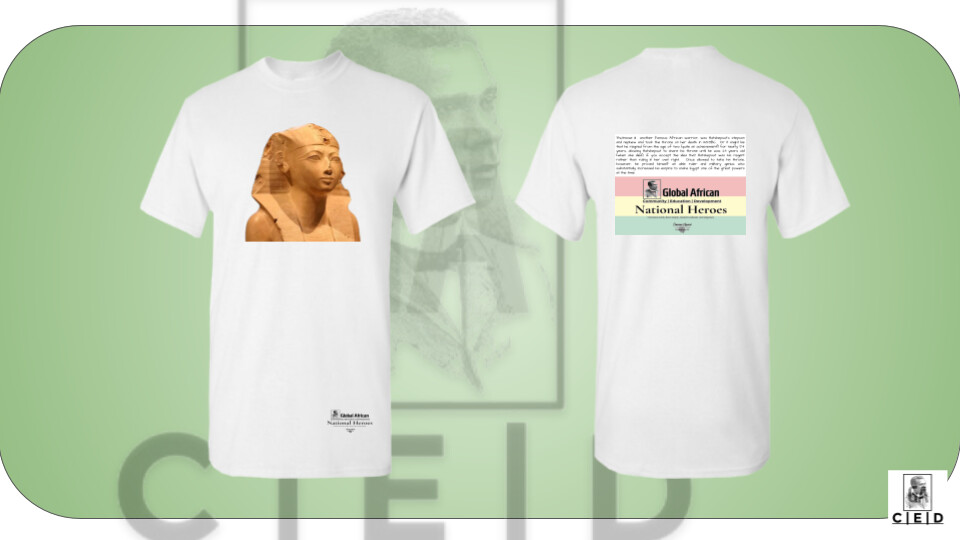 Thutmose III another famous African warrior, was Hatshepsut’s stepson and nephew and took the throne on her death in 1458BC. Or it might be that he reigned from the age of two (quite an achievement!) for nearly 54 years, allowing Hatshepsut to share his throne until he was 23 years old (when she died), if you accept the idea that Hatshepsut was his regent rather than ruling in her own right. Once allowed to take his throne, however, he proved himself an able ruler and military genius who substantially increased his empire to make Egypt one of the great powers at the time.